Superfood garlic has many health-giving benefits

The ancient superfood garlic has been known and valued for thousands of years. 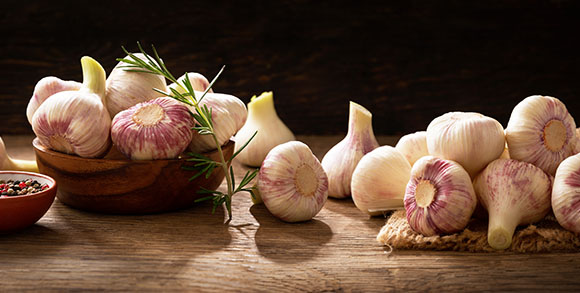 ‘Wel loved he garlek, oynons, and eek lekes, And for to drynken strong wyn reed as blood’.
~Chaucer. The Canterbury Tales

You cannot feel tepid about the superfood garlic.

People love or hate garlic, or, as it is in my case, have a love-hate relationship with the vegetable. I love the garlic smell in cooking, I love its pungent taste and swear by its therapeutic properties. At the same time, I am not happy that, I have a mild garlic intolerance and cannot eat it as much as I would love to.

MS Guardio is writing a series of short articles about the healing properties some plants, flowers and foods at this time of pandemic and national crisis.

Origins of the superfood garlic

Garlic is one of the oldest known horticultural crops and has been used as superfood since ancient times.

There is historical evidence that it was used by the Babylonians 4500 years ago and by the Chinese 2000 years ago.

Well preserved garlic was found in the tomb of Tutankhamen, and was meant to accompany the young king on his afterlife journey.

Garlic is mentioned in the Bible, the Quran, and the Talmud.

Numerous ancient medical texts talk about its healing properties and Hippocrates prescribed garlic to prevent disease and to treat it.

Olympic athletes in ancient Greece used the superfood garlic to enhance their performance .

A number of countries claim to be the place of garlic’s origin, but most certainly this superfood was first grown around the majestic mountains of Tien Shan in West China, Kazakhstan and Kyrgyzstan from where it spread throughout the world.

Garlic in the UK

Garlic came to Europe during Medieval times and was hailed as the miracle cure, but particularly useful healing leprosy, skin diseases, arthritis, snake and insect bites, parasites, cough and various other infections.

Necklaces of the garlic superfood were worn around the neck to ward off evil spirits. The Spanish and Portuguese took it to America where Indigenous Americans used it as medicine. The city of Chicago takes its name from the word: Chicagaoua – Indigenous American word for wild garlic .

The name garlic comes from an old Anglo-Saxon word: gar (a spear) and lac (a plant) reflecting the shape of its leaves .

The superfood was commonly used in England in the Middle Ages, then in the Victorian era, and in 1918 during the Spanish Flu pandemic, it was used as a preventative measure, and a natural cure .

It fell out of favour during the Second World War and gradually became popular again only in the 1990s when people started to travel more, and developed a taste for garlic-laced cuisine.

I remember visiting a supermarket in North London in mid 1970s and engaging in an animated discussion with a sales assistant and a fellow shopper who knew what garlic looked like ‘because her father lived in France and had a French girlfriend’! 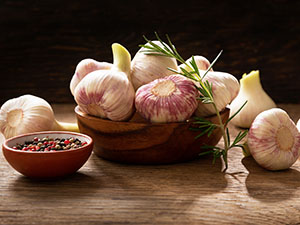 The potent health-giving properties of superfood garlic have been know for thousands of years.

It has potent medicinal properties and is packed with vital nutrients, including antioxidants, amino acids, vitamin C, vitamin B6, calcium, selenium and manganese. Garlic superfood is:

The antimicrobial properties of superfood garlic were first clearly documented when a compound called allicin was extracted from garlic by two American chemists .

Allicin has now been well researched and has shown to reduce the activity of numerous bacteria, including drug resistant strains of E coli. Allicin is also effective against some parasites, and Candida albicans fungus that can cause urinary, genital, and oral infections.

A fascinating research by the University of Malaysia has shown that when used in combination with other antibiotics or antifungals, allicin enhances ‘the antimicrobial activities of these substances and improved the antimicrobial efficacy’ .

It is believed that allicin is the main compound also responsible for the superfood’s positive effects on cardiovascular health.

Superfood garlic can efficiently reduce systolic and diastolic blood pressure by preventing the production of the hormone – angiotensin II . Too much angiotensin can cause fluid retention in the body and can increase blood pressure.

Raw garlic, garlic powder and other garlic preparations have all shown to reduce the level of angiotensin II and lower blood pressure by up to 11.2 mm Hg, and without the usual side effects of blood pressure medicines.

My husband, a great fan of garlic superfood, has recently conducted his own experiment trying to control hypertension. He stopped using salt and boosted his daily intake of garlic. Within four weeks his blood pressure stabilised and has stayed at a healthy 120/75 mmHg ever since. He plans to discuss the outcomes of the experiment with our GP during his next check up.

There have been studies to show that the superfood has anti-tumour properties and is able to block the formation of cancer-causing substances.

A 2018 Nottingham University research indicated that eating garlic can reduce risk of certain cancers, and a separate French study showed that garlic is a protective factor for breast cancer.

Garlic superfood and research into COVID-19

But perhaps the most exciting research into superfood garlic has been in the con-text of COVID-19.

Not only does garlic seem to have a role in reducing COVID-19 infections but its chemical compounds appear to reverse most immune systems dysfunctions observed in some patients with COVID-19.

In particular the ‘cytokine storm’ which has led to the hospitalization and, unfortunately the death of so many Covid-19 patients.

Cytokines are molecules which act as messengers in our bodies alerting the immune system to ‘an outside invader’ which needs to be neutralised. 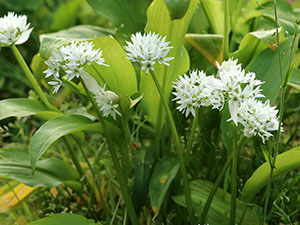 Wild garlic is related to but different from cultivated garlic. It is usually found in damp woodland or on riverbanks.  It grows in abundance in the British countryside between March and June.

But in some cases, an excessive production of particular cytokines can lead to over-activity of white blood cells resulting in an overwhelming inflammation.

Some experts suggest that Cytokine storm is also one of the causes behind ‘long Covid’ where people no longer have the virus in their bodies but suffer from ex-haustion and other debilitating post-viral symptoms.

A number of research papers published over the past few months indicate that organosulfur compounds in the superfood, including allicin, have the ability to decrease the concentration of these rogue pro-inflammatory cytokines and prevent or reduce the inflammation.

COVID-19 is an emerging, rapidly evolving situation. Understanding, information and research is constantly evolving. MS Guardio had done its best to ensure this information is accurate at time of publication.  Please seek medical advice if in doubt.

Garlic and its uses

The strength of superfood garlic’s medicinal properties are dependant on how it is prepared for consumption. The best way to enjoy the nutrients is to eat garlic raw, finely chopped, crushed or minced. Commercially available supplements of garlic, and in particular aged Kyolic garlic also offer high bioavailability of allicin. But do not microwave it or cook it for a long time as it will degrade the beneficial compounds.

Isle of Wight’s Garlic Farm offers some great recipes for cooking with the superfood including garlic desserts – apparently Paul Young, the inspirational British chocolatier, once developed a caramelized garlic chocolate!

They also have recipes for a garden garlic bug buster, a natural pesticide , I have been using in my gardens for years. It does work and it also keeps the squirrels from digging up plants, so well worth a try!

Garlic superfood is fun and easy to grow. Children love sticking the individual cloves in the soil, and it is a good way of getting them interested in gardening and growing food. Now is the perfect time to do it, and by June you should have your first crop ready for use in the kitchen. BBC Gardeners’ World offers useful tips on growing garlic. I have found their video on growing garlic in clay soil particularly helpful.

Garlic is normally well tolerated but unfortunately, some people are allergic to the superfood. Symptoms may include:

I have a mild intolerance to garlic, but following a strict 12 months garlic-free diet, I am now able to have a clove or two of the superfood every now and again.

For more information on allergies and food intolerance, please visit the NHS site , or speak to a medical practitioner.

I also grow masses of garlic in my garden. My husband enjoys cooking with the freshly picked bulbs and used chopped up leaves in salads, and I enjoy looking at the handsome plants as they grow.

Garlic also protects my crops from aphids and other unwelcome garden bugs.

Enjoy the healing power of garlic

Garlic is an amazing superfood that has been used by humans as food and medicine since ancient times.

Its ability to dampen down bacterial and fungal infections, reduce blood pressure and prevent or keep some cancers under control has been well documented.

But the new discoveries into garlic’s potential to help fight COVID-19 inflammation show that there could be other medicinal secrets that this humble bulb, yet to discover.

If you can’t consume garlic, you can still enjoy the benefits of its smell in cooking. A 2000 study into the effects of garlic bread on family interactions claims that ‘the smell of garlic bread enhanced positive family reactions by 68.4%, and the taste of it, increased pleasant communication by an staggering 99.4%.’ 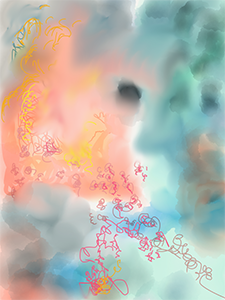 Some foods are natural antiviral agents

At MS Guardio we pride ourselves in offering the widest range of wire mesh guard solutions for all your health & safety needs and much more.  Our products are practical, strong and beautifully crafted by Aiano from British and European steel.

Wire mesh guards are our world and we are experts on the wire mesh products we offer you. We keep a large stock of all the most popular wire guard products, which means we can get your order dispatched with speed and efficiency. We also provide guidance and helpful information on what to look for and how to choose your guard MS Guardio offers the widest range of radiator covers for all the most popular makes of heater.

But as well as heater guards, we sell protective guards for light fittings including fluorescent light guards, bulkhead guards and floodlight guards and various sensor guards. Please call us on 020 7987 1184 or email us if you would like to discuss your requirements, or for further information or advice on our products.